Truth up front. I love the English language with all its inconsistencies. I especially like the subtle shades of meaning described by different words, and the roll of vowels and consonants to give an aural assist to a visual impression. I am hooked on alliteration.

Foreign words like Vatulele and Srivijaya catch my attention. The first is a tiny island where the great South Pacific meets the Coral Sea and the second is an empire that fizzled out in the early eighth century. Where history has gaps, I feel free to fill in. Bodacious, I know. But it is a lot of fun to imagine, “What if…?”

When it is cold and dark on my mountain, and the wind is whipping the 75′ oaks outside my snug loft, I can travel back in time. There are stories to be told. I can envision a 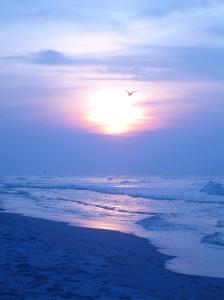 canoe headed out for unknown destinations. Maybe an enormous outrigger like the Kaunitoni that sailed from mystical ancient islands and carried tribal gods. Archaeologists have excavated ruins from Melanesia to Samoa, finding pottery with the same dentate pattern they ascribe to the Lapita people. The historians do not tell us much about them except they were probably a common ancestor of several Polynesian cultures. Sounds like a story to me.

In “Lost Legend of Vahilele,” the plot proves that proud oppression provokes punishment. (I told you I like alliteration.)

So where did I get this fanciful tale? Writers process their many story thoughts differently. An idea usually comes easily, but its development is hard work. Gather around, and I will confide in you. My secrets to your eyes.

I was sleeping, minding my own business, when an image intruded and awakened me. While my heart pounded, I reached out to a beautiful brown-skinned woman who wore a crown of red feathers over her straight black hair. I sat up before I woke up, thankful this was not my customary dream about a shark. But that’s another tale. (Unless I include him in this one.) When this vision turned toward me, her eyes blinded me with radiating spears of light. This lady was not a story idea; she was a face and an emotion. Four years later, I can still see her. I confess this, at the risk of losing readers who will consider me hallucinatory.

There was always the possibility of losing the image, and no harm done, but I wanted to discover my dreamwalker’s identity to write a story. Whoever she was, she chose me. Who was she? What should I do with her? My favorite pastime, of course. Research! My imagination always needs a basic foundation, and in this situation I started with islands. What is not to love about islands? Remember Gardner McKay sailing around Tahiti in the 60’s? Adventures in Paradise? So as a Michener fan, I started there. And I found out that Captain Cook in 1769 was the first European explorer to attempt a Polynesian language and communicate with the natives. He learned about their phenomenal navigational skills and the possibility of their long distance voyages, previously dismissed by the experts. Cook could not understand how they had moved eastward against the direction of the easterly trade winds, until a native explained. During the months of November, December, and January the trades frequently died down and were replaced by occasional westerly winds. (information courtesy of the internet http://www.pbs.org/wayfinders/polynesian3.html) Imagine, since that was shared in a relatively recent year, how little was known about the South Pacific. I was intrigued and kept reading.

PS: Capt Cook came to a dramatic untimely end, but you can look that up because he’s not in my story.

My questions trailed me through other islands, leading me to a travel page where I found beautiful Vatulele, love at first sight. A tiny Fijian island south of the capital Suva on Viti Levu (the big island), Vatulele was off the radar of most. One resort and petroglyphs of mysterious origin. My kind of place, and I kept reading. The small population still excels in their masi cloth-craft (a fanciful word because this place inspires me), but the Fijian people today do not look like my dreamwalker! The answer was to research the History of Fiji! And I found out that Fiji has no written history, so perhaps I could help them out???

The books and articles I read exposed a difference of opinion among Fijians and among archaeologists. http://www.tropicalfiji.com/about_fiji/culture/prehistory/ “Most Fijian people trace their descent through some ten generations to the landing of the canoe the Kaunitoni and the chiefs Lutunasobasoba and Degei.” According to http://fijiguide.com/page/the-people “Fijians, the indigenous inhabitants of Fiji, are Melanesians who possess a mixture of Polynesian blood.” “Melanesians are characteristically short and dark-skinned, with fuzzy hair. Polynesians are generally tall and well built, with fair skin and straight hair.”

Dr. Roger Green, Professor of Anthropology at Aukland University in New Zealand, has a theory that 4000 years ago, a canoe load of brown adventurers deliberately, or blown off course by a wind, made landfall in the Fijian archipelago. He believes them to be the first settlers because their pottery is found throughout Fiji. “A trail of their pots, hooks, obsidian cutting tools and ornaments leads down from New Britain…to the Solomons and Vanuatu.”

While spending many hours on editing the finished novel, I continued to read as much as I could find about Fiji. In my Archaeology magazine of March/April 2016, I found a note that skulls from 3,000 years ago were excavated on Efate, an island in Vanuatu. “Osteological data are showing that a people called the Lapita, who first colonized the Pacific, looked more like Polynesians. Melanesians apparently came later and the groups intermarried.” An online article from the National Academy of Sciences confirmed this: “Skulls in Ancient Cemetery on Vanuatu Suggest Polynesians as First Settlers.”

I was very relieved because that was the plot trajectory of my fictional Lost Legend of Vahilele. In 650 A.D. my main character’s name is Lapita, and her cousin is Melane! Of course, the characters are figments of my imagination. I indulged in hours of research for this magical island’s background, and I took pleasure in creating a world through which I can escort those seeking an adventure. I hope you will enjoy Lost Legend of Vahilele, finally available on Amazon.

In the meantime, I am honored to be able to share with you a sunset photo taken by       Mr. Bertini, owner of Vatulele’s renowned resort. Doesn’t this make you want to visit?

Sunset off the Vatulele Cliff

Do you have a Fiji photo that you would like to share with those of us who travel in our heads? Send it to me at georgiaruthwrites@gmail.com and I will be happy to post it

4 Responses to Lost Legend of Vahilele